In 1908, Aaron Cohn, now known as the Father of the Ohio Union, led a campaign for the creation of a student focused building. This became the catalyst for the movement to create a student union. Although the building that wears the name 'Ohio Union' has changed, the mission to serve as a central hub for student life and support has not. 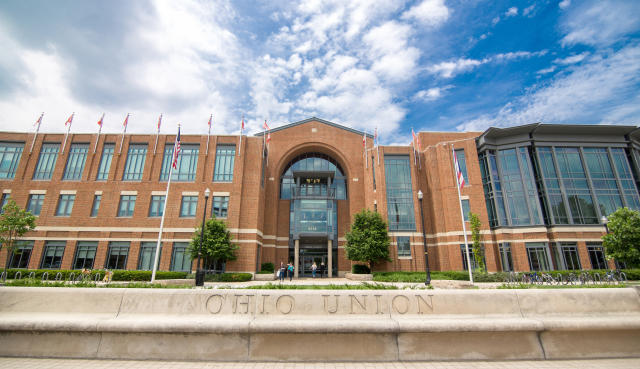 The planning and construction of the present Ohio Union was heavily influenced by the student body. As early as October 2002, students, staff, faculty and consultants began their involvement in the support and design for a Union. Countless students participated in each phase of construction. A group of students visited student unions across the country to determine what type of union to construct. This experience also helped students realize that a student union fee was necessary to support the activities of a new union, which the student government councils supported.

Students played an extremely integral role in each phase of the Union's construction. They voted on color schemes, tested what furniture would be used and even worked closely with the architects to help design the ideal study spaces.

The new Union is a beautiful culmination of both art and functionality. It inspires The Ohio State University's population to 'do something great.' 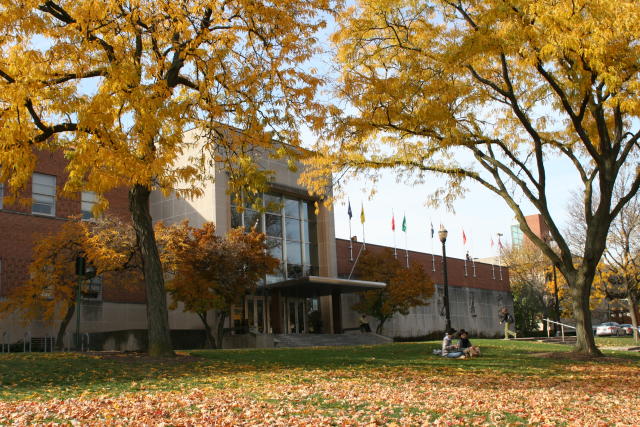 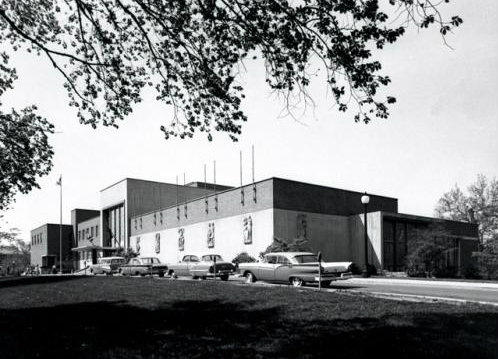 In January of 1947, a movement was made by the students. They petitioned for a new Ohio Union that allowed men and women equal access. They were so passionate about the construction of this new building that the students themselves contributed not only to ideas for the new union, but also to the cost.

The construction of this student 'Dream Union' started in June of 1949. When the building was completed in 1951, it was home to a cafeteria, a lovely terrace dining room, two spacious ballrooms, a browsing library, a music lounge, 18 pool tables, a 16 lane bowling alley and 19 offices for use by student organizations.

Remembered as 'a place to learn the social graces in life' by Wendell Ellenwood (Director 1958-83), the Union adapted its services through the years to accommodate the changing needs of students. During the 1960s and early 1970s, the Union worked to service students during an era of turmoil and protesting. At the Union's 75th anniversary celebration, John Ellinger (Director 1983-88) said 'today's students are looking for more from us.' To meet expectations, a free micro-computer lab was opened in 1985 at the Union and was described as 'a much needed service for the OSU community' by David Mucci (Director 1988-93).

As time went on, the success of the Union made it difficult to maintain the facility and the Union's charm began to fade. A 1986 study concluded that $10 million would need to be spent by 1994 to maintain the plumbing, roofing, and heating systems.

Up until 1960, men were required to take their hats off prior to entering the union.

Plans for renovating the Union were drawn up in 1994, however the proposal was defeated in a student referendum in 1995. If a new Union was to be built, support from the student body would be a key factor; just as it had been in the past.

Unable to address the facility's structural inadequacies, Rebecca Parker (Director 1994-2001) focused on programming at the Union. Tracy Stuck (Director since 2001) merged the Office of Student Activities with the Ohio Union staff to support the Union's mission of providing students with the best services and activities. Stuck also brought a Buckeye theme back to the building by making aesthetic changes and adding scarlet and gray into the décor. Despite the improvement, the building still looked outdated.

During the 2003-2004 academic year, Ohio State's three student governments rallied support to successfully campaign for a new Union. Joining the students' efforts, the Union staff presented a 'road-show' exhibit to student organizations, residence halls and anyone who was interested in learning more about a new Ohio Union.

By June 2004, the Board of Trustees approved plans to demolish the building and construct a new Union on the same site. The 1951 Union demolition was completed in 2007. The month after tearing down the old Ohio Union, the current Ohio Union construction started. 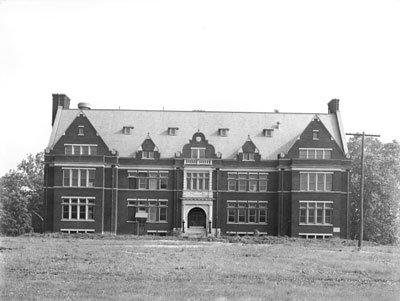 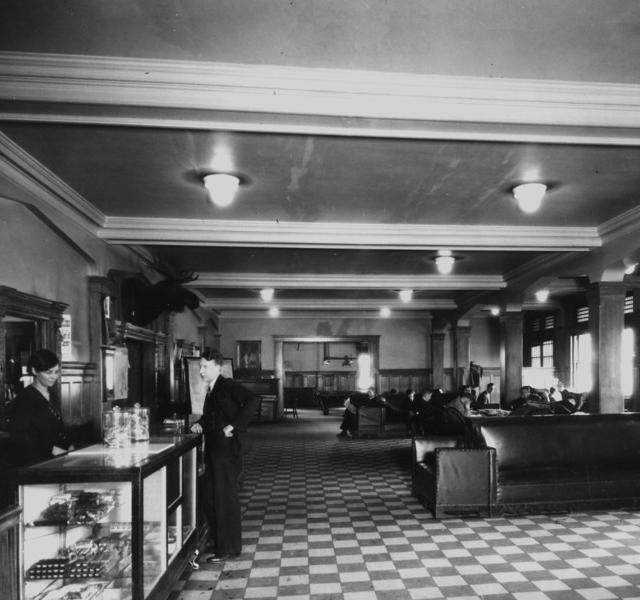 Through the overwhelming support generated through the 77th Ohio General Assembly, $75,000 was appropriated to be used for the construction of the student union. This new building was officially named 'the Ohio Union' on October 29, 1909 and opened in 1910. The Ohio Union was the first student union at a public university.

After the Ohio Union opened, the student council created a board of overseers in charge of making sure the building activities ran smoothly. Membership dues were charged to only male students in order to raise funds for building maintenance. The small percentage of women who were enrolled in the University were only allowed to use the building once a week on 'Ladies Day.'

The Ohio Union was, and still is, utilized by many different student organizations. Dinners, banquets, conventions and other events are held at the Union. In the 1913-1914 academic year, the Union hosted 415 meetings, 256 banquets and 37 dances.

During World War I, the Ohio Union served as a mess hall and social center for the troops quartered on campus.

Edward S. 'Beanie' Drake was hired as the manager of the Union in 1913. He dedicated much of his time and energy to student organizations such as: Phi Sigma Kappa, Romophos, Bucket and Dipper, Sphinx and Ohio Staters.

The Union played a special role in the construction of the Ohio Stadium. In 1921, the Union dedicated its entire second floor as a work space for the stadium building committee. It promised to "do everything in its power to assure the success" of the stadium project. 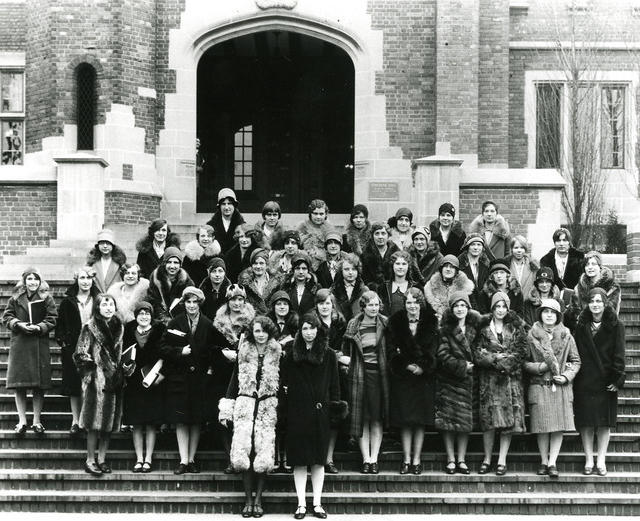 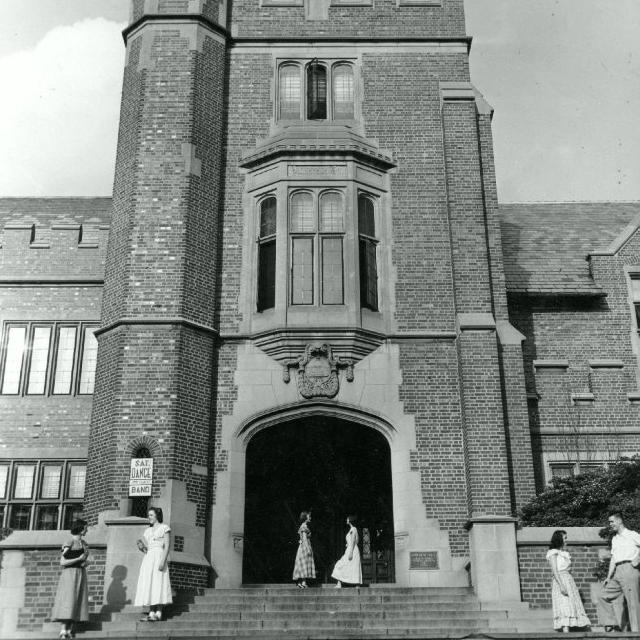 Due to the small proportion of women attending the University in the early 1900s, only a simple room in University Hall served as women's social center. This room, nicknamed the 'Gab Room, was maintained by the Women's Council using a 25 cent annual membership fee.

As women became more prominent on the University campus, it was soon recognized that a single 'Gab Room' was not enough space to accommodate the growing women's population. In 1917 the Women's Council appeared before the board of trustees and sought money for the construction of a women's building.

The board of trustees, believing it only appropriate to allocate budgeted money to academic buildings, advised the women to appeal to the University legislature to request money for their building.

The campaign was successful and $150,000 was allocated for the construction of a women's building. However, the production of the building was postponed because of a University ban that prohibited building projects until after World War I was over. After the war, another $90,000 was appropriated to the original allocation of $150,000.

The $240,000 allocated to the Women's Building was deemed insufficient for the complete construction. It was decided that the structure would be built in two phases. In 1919 the first phase of construction was completed. It included the gymnasium, as well as the social center. In 1927 the building was finally completed. Named Pomerene Hall, it included the indoor swimming pool, lounges, kitchen and cafeteria.